The academic year has restarted and the temperature outside is dropping. The trees are standing in front of their wardrobes, taking their sweet time deciding what to wear to the party, but when they arrive, everyone’s jaws will drop. Whether or not your calendar still revolves around the academic year, change is knocking on the door. We were designed for rhythm and change. Rhythm teaches us the importance of steady, repetitive disciplines, while change keeps us from getting set too deeply in ruts of bad habit and complacency.

There’s a part of me that embraces change. I’m itching for a new thing, and while buying a new ivory sweater will calm that itch for a moment, it returns when I see thunderclouds over the trees in my backyard, and my fingers drum on the porch railing in anticipation.

Do you not perceive it?

There’s another part of me that flinches prematurely from the new, from the impact I know is coming. To jump out of a rut is one thing. To land hard on uneven ground, not yet smoothed over by weeks of routine and predictability, is another, and I dig in my heels unconsciously.

Transition isn’t always the gentlest of teachers, but it’s difficult to avoid.

I have more questions than I have answers, but I am certain of a few things.

6:30am comes earlier than it used to. Expect it ahead of time.

Perhaps it is the increased flurry of activity around me that seems to rub off and make me sleepier, but no matter how long I’ve been getting up, 6:30am seems arrive sooner in the fall.

Some things get harder.

It’s alright to acknowledge difficult things. Acknowledging paves the way toward responding rather than reacting, which at least gets us started on the right foot.

The urge to snooze that alarm a few extra times is insistent and appealing, and while it shouldn’t be indulged a part of me wants to anyway. I want to ignore the treadmill when I get home from a workday too, because by then I’m tired. I want to get chick-fil-a every day for lunch because that’s easier than meal prep on the weekend. I believe my spent effort has to be kept to a minimum, but why?

What am I saving it for? Life is happening right in front of me. Now. Present tense.

If I recognize certain things are going to get harder, that they will cost me effort, I can expect that in advance and not fall for the lazy way out in the moment.

It’s worth it every time.

What might’ve worked last month isn’t a guaranteed success in this one. Some routines are meant to last long-term, while others fluctuate.

So my approach varies, depending on what works this week, this month, this minute.

Recognizing the strengths and the graces in each swing of the year makes a world of difference. It’s the wind helping you vs the wind against you. 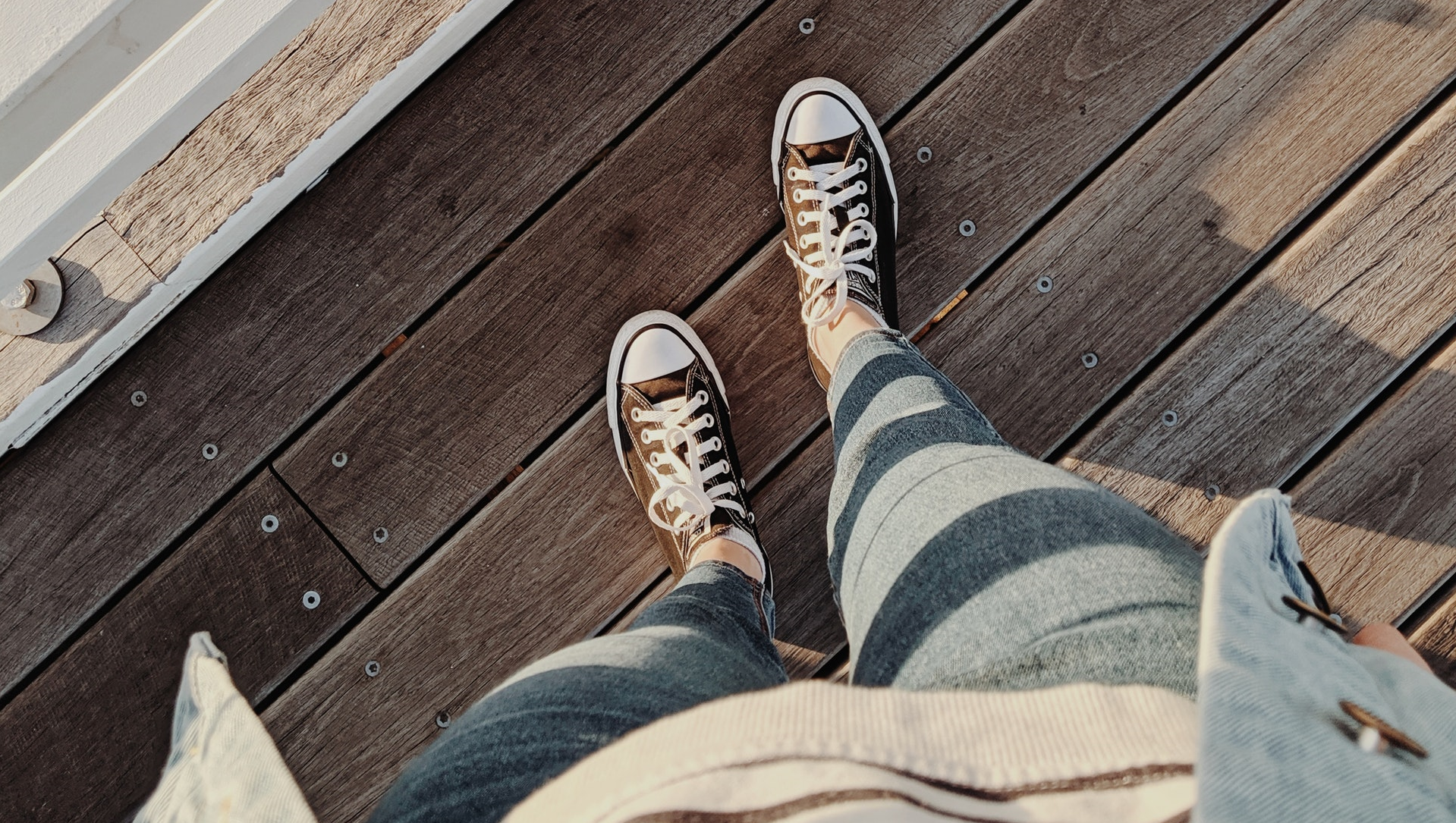 You can dig your heels in as life drags you along through rhythms and transitions or you can walk hand in hand with it.

The impact in the wake of a transition will oftentimes only be as rough as I make it. I’ve got two options:

I can hold back from the unknown with a jittery, involuntary flinch that tenses, bracing for a hard landing and all the uncomfortable things that come along with it.

I can dive headlong and get started on rolling all the creases out.

It’s easier said than done because the flinch is oftentimes a reflex that comes from doubt. Doubt doesn’t dive in headfirst because it’s easier to retreat when things go bumpy and difficult if you’ve still got one foot in what’s known. Doubt is loud. It wreaks chaos in my mind. While faith, hope, and peace are quieter, and they can get drowned out in the doubtful flinch anticipating big or clunky transitions.

So I’ve been trying this thing where I don’t try to muffle the doubts, but I try to outlast them by five minutes.

I read somewhere the other day that most of the time a craving only lasts five minutes. If I can outlast that craving for chocolate in the afternoon for slightly longer than five minutes, its strength supposedly goes away, and I can make a much better decision. While I have no idea if that is accurate or not all the time, I tried it once and it turned out to have some merit. 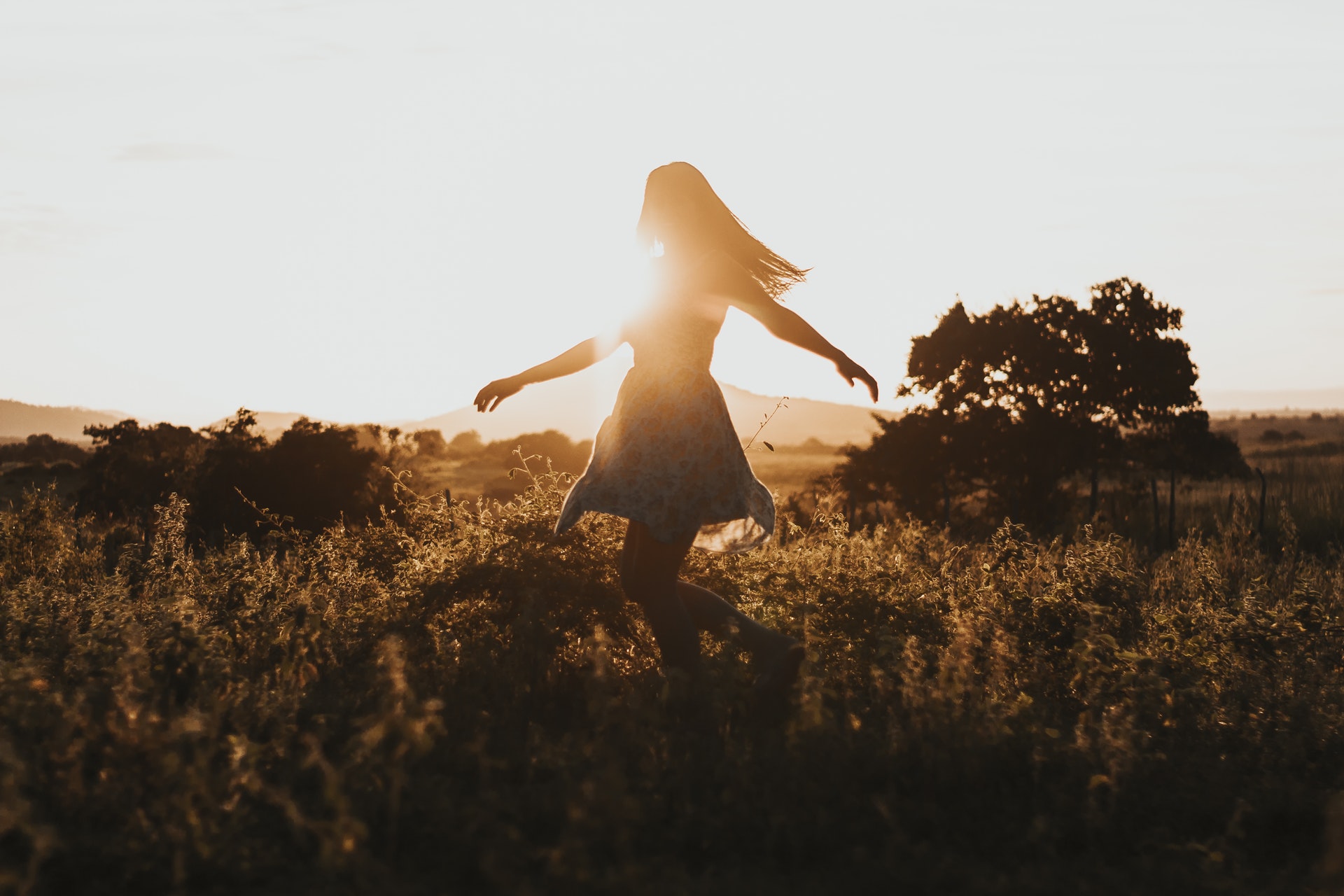 So for other difficult things like doubts and upcoming transitions, I am adopting this five-minute perspective.

What if I hold on five minutes longer?

In those worst moments of doubt, when that chaotic what if gets loudest, irrational, and flighty, what if I outlasted it and held on to the spark of something good and trustworthy and lovely for five minutes longer? What would my decisions look like then?

Those moments tend to last longer than five minutes, and it feels overwhelming. But here’s the good news:

I don’t have to have faith that shouts louder, just faith that holds on five minutes longer.

Because those moments of doubt that insist you back out, retreat, or give up, will eventually pass.

I hope you can recognize which things start shifting and transitioning in this part of the year. I hope you find the will to make adjustments as needed so that the wind is helping you rather than against you. And, in your moments of deep doubt, I hope that you cling to what is steady and faithful and true for five minutes longer. 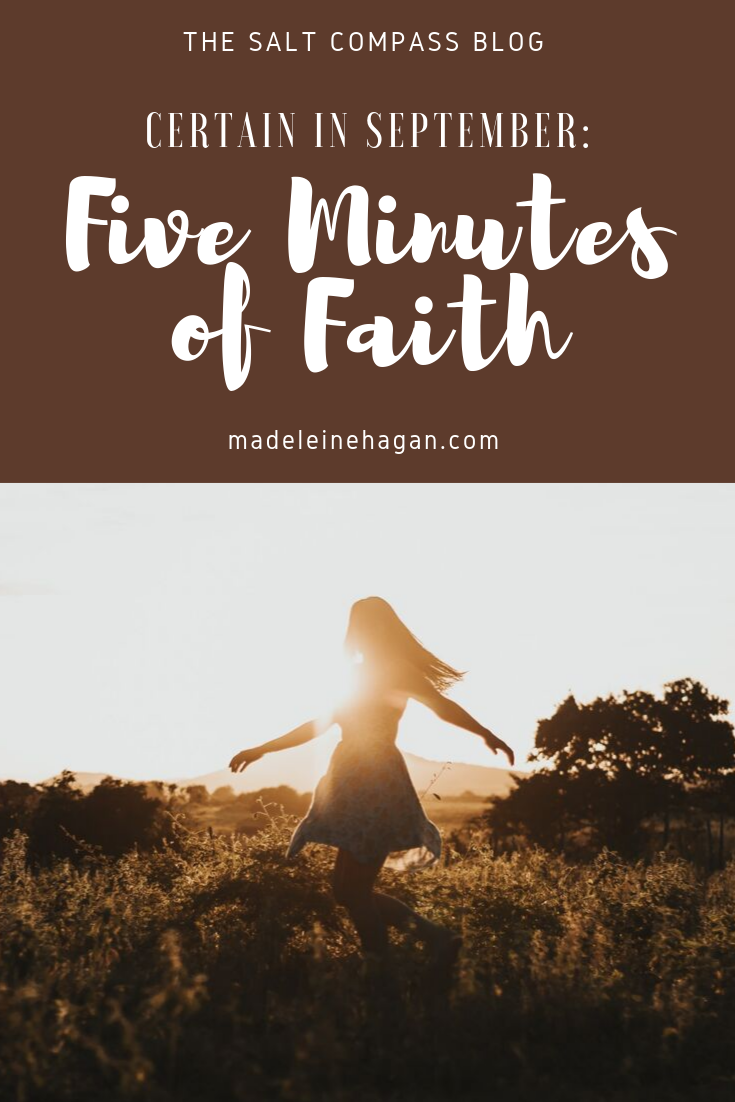