How often do we overlook the divine and miraculous simply because we know where it came from?

I remember as a child I thought the deck of cards from Alice in Wonderland came to paint the leaves red in the autumn, but the real answer when I was old enough to understand did not make them any less amazing. In fact, they were almost prettier.

I remember thinking, “These leaves are so complexly beautiful that there is an entire formula in science that attempts to study and explain it!” Part of me still wishes that the real explanation was something I never found out, simply because things are more miraculous when we don’t try to compare them to something we can understand. However then I remember, Oh. That super complex formula…someone invented that. Someone created that. A creator designed that. And suddenly the real answer becomes the miracle in itself.

A flower grows up out of the ground and blushes in colors of pink and purple and so many miss the miraculous by “knowing” how it did that. Like, Oh that’s photosynthesis, it’s not a beautiful masterpiece anymore. It’s not amazing, or breathtaking, or extraordinary. It just follows a formula. We know where it came from and exactly what it’s made of. So many people stop there. They stop when the epiphany hits them, and they understand the way something works, rather than take it one step further and acknowledge that God created the system in the first place. He created everything, beautiful, complex, fragile, and way too often He’s not given the credit.

I wonder if this is what it was like for Jesus with people constantly underestimating Him and doubting Him because they knew He came from Nazareth.

“Then they scoffed, “He’s just the carpenter’s son, and we know Mary, his mother, and his brothers–James, Joseph, Simon, and Judas” (Matthew 13:55).

We “know” where He came from, in the human sense. He became a man. His mother was Mary. He became fully human. 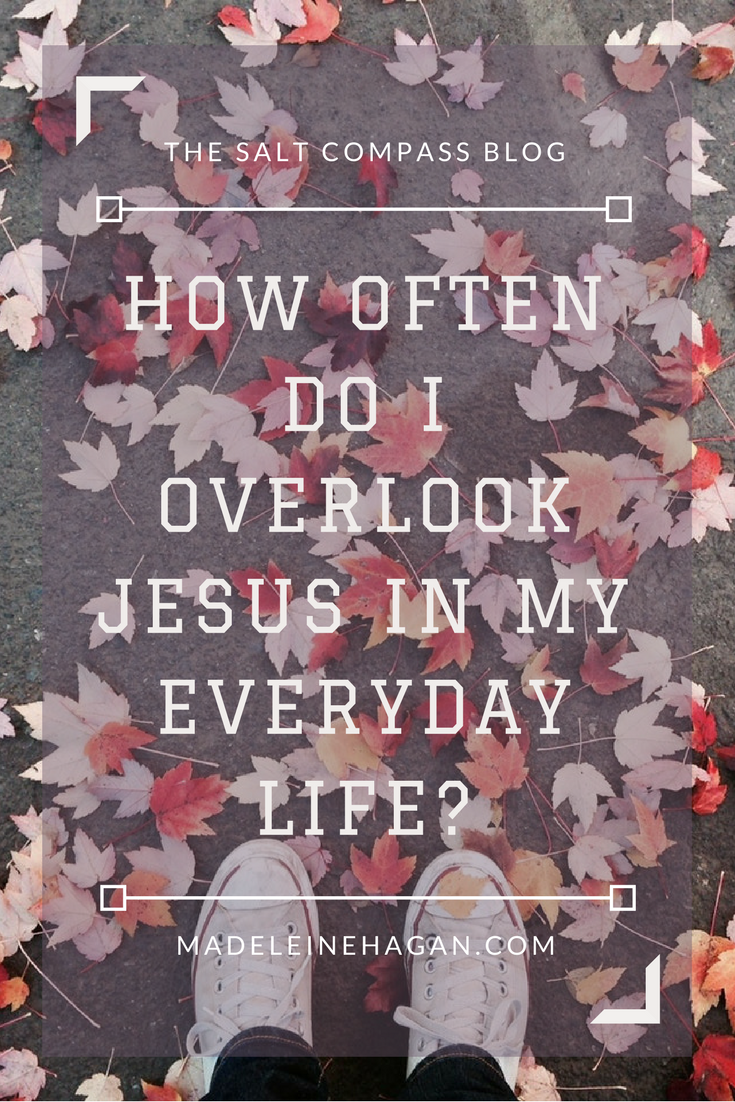 “The Word became flesh and made his dwelling among us” (John 1:14).

“For this reason he had to be made like them, fully human in every way” (Hebrews 2:17).

He became part of the metaphor we all too often use to explain who God is: Us. Human. But He did not sin, making him altogether different from us, retaining His divine nature.

“The Son of God didn’t have to pick between being God and being man. He could be both at the same time. The eternal Word became human.”

Our efforts to compare Him to our fallen humanity are wrong, regardless of what we’ve seen come from Nazareth before.

“And they took offense at him. But Jesus said to them, “A prophet is not without honor except in his own town and in his own home.” And he did not do any miracles there because of their lack of faith” (Matthew 13:58).

I wonder how many times throughout my day I reduce Jesus to an imperfect human with imperfect thoughts and motives like me. I wonder how often I’m offended when He says His way is right and mine is wrong, and as a result I rob Him of the glory He could’ve gotten by not letting His truth bring miracles into my life.

Well, I know you said you’d forgive me again, but I don’t really think you will. So I’ll try to fix this up first before I come to tell you about it.

Well, prayer is supposed to be communication with you, but it really just seems like I’m talking to the walls.

Well, I know you said that we’re meant to love our enemies, but that doesn’t seem to be working at all this time, so it must not be necessary for this scenario.

Well, I know you said you’d provide for me, but that job just came from this person’s recommendation, not from you.

On and on it goes. It may seem like I’m just making excuses when I think those things, but what I’m actually doing is reducing God to an imperfect being like me by thinking what He said was wrong. I’m calling him a liar. I’m seeing Him as sinful.

We mistake the truth of the divine for a falsehood because we are constantly led to doubt who He is, sometimes without realizing that’s what we’re doing. It’s a lack of faith. And just like the autumn leaves, the miraculous is replaced by a formula we’d rather believe in, instead of appreciating how beautiful it really is and the Creator who made that system in the first place.

But He didn’t actually come from Nazareth did He?

“No one has ever seen God, but the one and only Son, who is himself God and is in closest relationship with the Father, has made him known” (John 1:18).

Jesus is God and He came from the Father. He did not become sinful. He became a man, and those two are just altogether too difficult to get my head around sometimes, but that’s okay. I’m not meant to fully understand Him. I think that if I did, if my tiny little human brain could understand a sovereign and almighty God, He would cease to be God. All I know is that I must continuously remember that He is God, and I am not. He came from the Father, and His ways are not my ways. And I don’t want to miss opportunities to experience the miracles He could put in my life by doubting Him. He is who He says He is. He will do what He has promised. 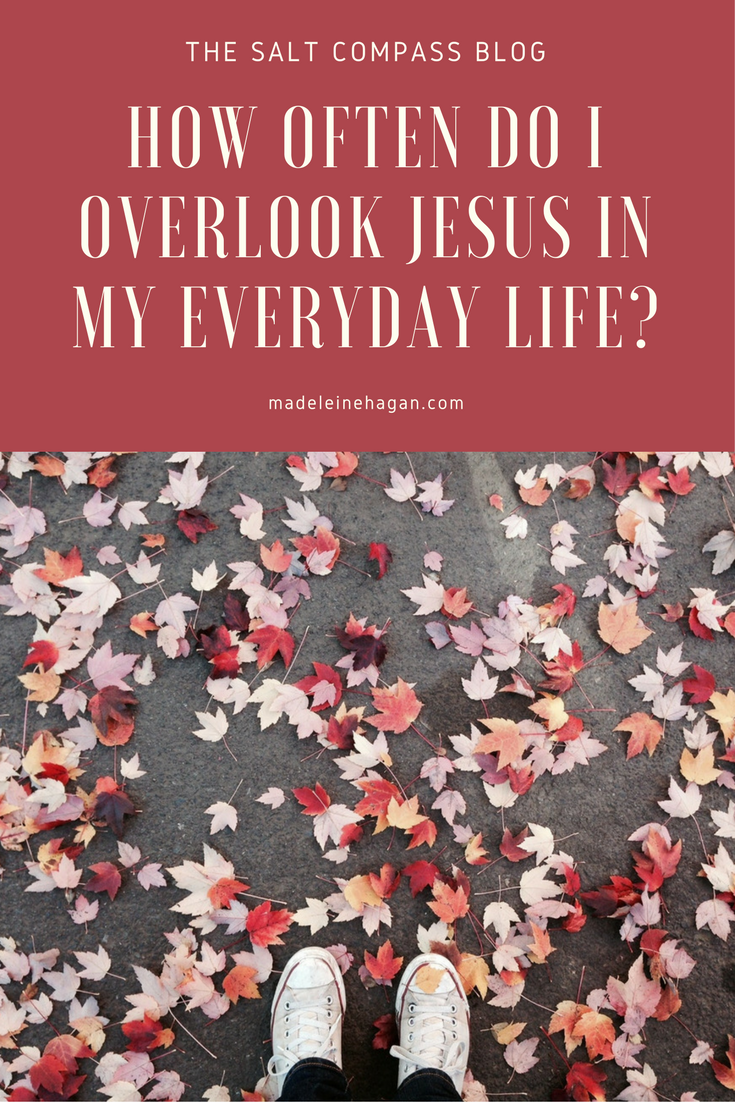